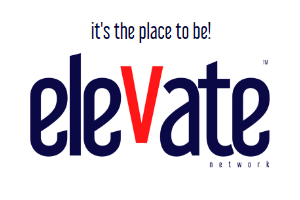 The Law of Attraction

The Law of Attraction basically says we can get what we think about. Our circumstances aren't determined by the fickle hand of fate but instead are shaped by our own conscious and unconscious thoughts.

To make the Law of Attraction work for you, you must know what you want and ask for it. Then, go ahead and start making plans for after you receive it.

This doesn't mean ask for money, and then start spending like it's in your pocket. But make plans for how you're going to spend the money when it does get here.

The hardest part for most people is to be open to receiving it. This is where doubting you deserve it can prevent anything good from happening. If you don't think you deserve good things, they won't come to you.

Another problem some people have is thinking about the things they don't want to happen in their lives. The thought-fulfilling universe doesn't understand the concept of "I don't want". If you spend your time dwelling on negative things, that's what you're going to get.

The Law of attraction isn't going to solve all your problems overnight. But if you start practicing it on a conscious level, eventually it will become second nature to you.

You won't have to steer your mind to thoughts of positive things. It will already be there. Positive thoughts breed positive actions and reactions. Give it an honest try and you may be pleasantly surprised.

These three steps are the foundation for the Law of Attraction. Whether we realize it or not, the Law is always working. Positive attracting positive and negative attracting negative. Therefore, skipping steps, may cause results that differ greatly from what you intended.

Know what you DESIRE and ask for it!

Knowing what you want isn't as easy as it sounds. Aside from the basic physical needs, your mind is filled with wants, desires and fears. Conscious and unconscious.

You need to know why you want the things you want. Maybe what you really want, isn't what you're asking for at all. The conscious thoughts produce the same amount of energy as the unconscious ones. And if they're contrary to one another, you're defeating yourself.

BELIEVE that what your desire is already yours

This step is the one where so many people lose it. It's the completion of your desire. Allow yourself to acknowledge your right to have your wishes fulfilled.

For many accepting this is the hardest part. If you consciously or unconsciously feel you don't deserve what you're asking for, you won't get it. If you don't believe you're worthy of having your desires come true, they never will.